Taken with my Canon Powershot 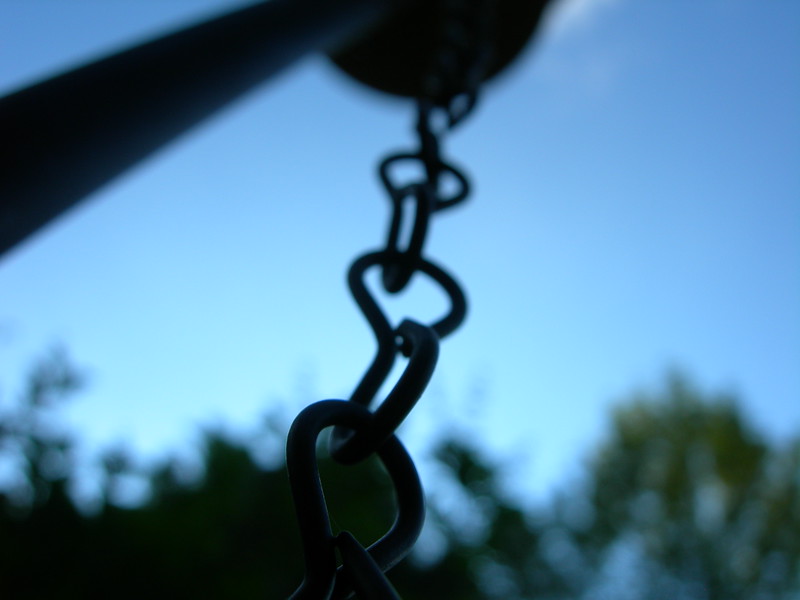 It's hard to pinpoint when exactly I picked up my first camera. The most vivid memory I have is being about 9 and standing at the trailhead that lead from my driveway up into the wooded lot my family owned. It was early morning, the dog was with me, it was cold- either late fall or early spring. The sunlight was just starting to peek through the trees, melting the hoarfrost that clung to the meadow grass. I was trying my hardest to focus the camera on the seed heads of the waist-high grass. The sunlight was highlighting the fine hairs surrounding the seeds and I thought it looked beautiful. But back then I was using my father's old film camera which was fully manual, so in order to have a focused, sharp image, you had to look through the viewfinder and look for a circle in the middle. You had to adjust the focus ring on the lens until the two halves of the circle matched up perfectly. Anyone who knows me knows that patience is not one of my strong suits, so you can imagine me at 9 years old, trying to focus that damn camera. There was a lot of money wasted on blurry film roll after blurry film roll. From there I got a Sony point-and-shoot, still using film, and I took that everywhere. And then I graduated from that to Minolta, also film, but this one you could change lenses!! I didn't have more than one lens, but I could have if I had wanted to. The sales people at Ritz Camera knew me by name. I was constantly dropping off rolls of film. Mostly the pictures were of my friends and horses and my friend's horses. The life of a 14 year old girl. Now at the time, I'm still using Kodak film, but I remember my dad had a DIGITAL camera. DIGITAL! You would put in a floppy disk (remember those??) and you could take about 12 pictures before the disk was full, but then you could put them on your computer! And you could delete the pictures off the disk and use it again. But the most amazing part of all was, you could see the picture on the LCD screen right after you took it. Mind. Blown. So fast forward a couple years and now I'm in my late-teens and I'm watching tv and a Canon camera commercial comes on. At this point, the point-and-shoot digital camera has taken the market by storm and film is becoming a thing of the past. I had a Canon powershot and was IN LOVE. It took great quality photos and it fit in my pocket! But I missed my Minolta. There was something about having full control of your camera that I really missed. And then I saw it. The Canon commercial. For the Rebel. The REBEL people! You can see how, as a teenager, this camera name spoke to me. So in the commercial, it shows a kids basketball game and the parents are in the stands and the dad takes a picture with what looks like the build and body of Canon's film camera, BUT THEN HE REVIEWS THE PICTURE ON THE LCD SCREEN. My jaw hit the floor. It had finally happened. A professional sized, digital camera. It must have been all I talked about, because that Canon Rebel ended up under my Christmas tree that year. I have remained brand-loyal throughout the years and today own several Canon cameras, but I still have that Rebel. Tucked away in the trunk of my car. Just in case. The Minolta is sitting on my book shelf and every once in a while, I threaten to buy new batteries and some film, but that has yet to happen.

Taken with my Minolta, scanned, and uploaded.

I feel like every photographer has an ah-ha moment. That moment photography goes from something you enjoy passively, a hobby, to something you can't live without. That moment when photography becomes your voice. My ah-ha moment came when I was trying to figure out what I was going to get my sister for Christmas. I was about 19 years old, picking up a few shifts at Bath and Body Works over winter break, so I had no money. But I still had my Rebel. My sister is a super talented artist (I have always been jealous) and I had several pieces of her work, so I thought, maybe I could create something and give it to her for a change. I'm not sure how the idea formed, but I knew I wanted to take macro shots of fruit. So I grabbed an orange, a kiwi, and a lime and headed downstairs to the den. I fit a small desk lamp inside a cardboard box, took the glass out of a photo frame, laid the glass on top of the open cardboard box and the fruit slices on top of the glass. As you can imagine, the light was too bright and direct. So I grabbed a piece of wax paper to diffuse the light. The resulting images were my ah-ha moment. I was hooked.

I had another ah-ha moment shortly after graduating college, but this moment had less to do with photography and more to do with the rest of my life. After graduation, I took a trip to Africa with two of my professors and a handful of students from my African Politics class. We were going to visit a Bridgewater College alum who had joined the Peace Corps and was volunteering in Niger. We went to her community, traveling over one single stretch of dusty road for what felt like hours. The entire community greeted us when we arrived. We went to the school and dropped off basic school supplies and then we walked around with the children. We handed out disposable cameras so the children could take their own pictures. I remember being stunned when we developed the film and got to see the community through their eyes and their perspective. This was not my ah-ha moment. Though it would become one some 10 years later. My moment was sitting with a group of girls in a hut. They were painting henna on my hands. One girl, Lasara, was about 12 or 13. She drew what looked like a fern, starting at the heel of my palm and climbing up my thumb.  She was to be married the following week to a man in his 60's. I took her portrait. The image still haunts me. I look at it now, this child whose life was about to drastically, violently change, and I know that was the moment that started it all. That was my ah-ha moment. When I realized I wanted to work in sustainable development. I followed that moment into the Peace Corps, into being a board member for Engage Globally (more on that later), and into working for an environmental conservation organization. I have that fern design tattooed on my shoulder. 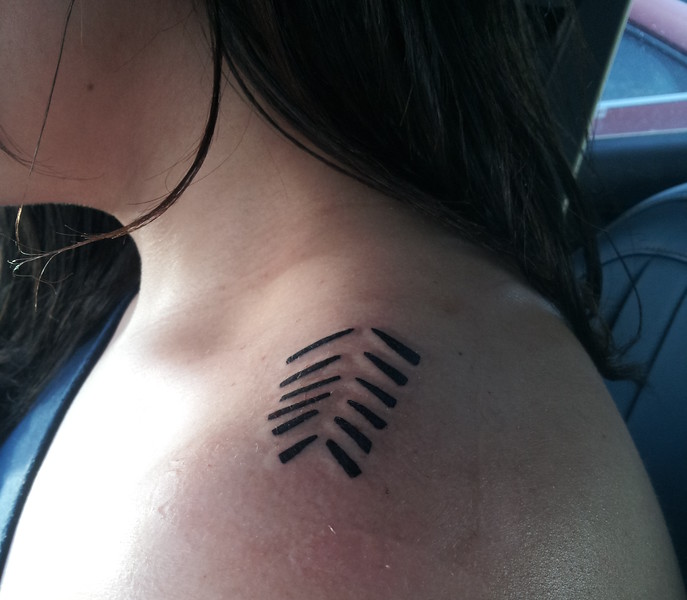 I traveled to several other countries after that trip, always with my African politics professor Heather Heckel, who has since become one of my closest friends. We went to El Salvador once and to Ecuador twice, always studying and observing the local socio-economic issues. Me with my camera, Heather pointing to things she needed pictures of for her class. And then I spent the better part of four years in Panama. My favorite subject to photograph while traveling is the people. I photograph so I can share different cultures and perspectives and ways of life. I work hard at it every single day. I get home from work and I spend hours reading and experimenting and learning from other photographers. Every single day. I live and breathe photography so that one day the world will see my photographs and be moved. Moved to act. Moved to travel. Moved to learn. Moved to discover. Moved to understand. Moved to tolerate. I do it for Lasara. For all beings who have no voice. I want to tell their story.

As I had mentioned, I'm on the Board of Engage Globally, a D.C. based non-profit that collaborates with communities to expand opportunities in education and conservation. Heather just happens to be the President. I volunteer as the multimedia coordinator. I told her about wanting to get to our project in Ghana, to see the school first hand, photograph, and bring the stories back to the states.

So we decided to go a step further. We came up with a project that would teach the school children the fundamentals of photography. All the children will receive a camera and will participate in a photography-based project, but the recipients of Engage's scholarships will get to go on a field trip with me to Mole National Park. Most of the children have not and will not ever leave their communities, so this would be a very special experience for them. At the National Park, they'll get to practice their new found photography skills and learn about their country's natural resources. They will also learn about environmental conservation and how they can make a difference. I want to use photography as a tool to help youth learn that their voice, perspective, and stories are important. 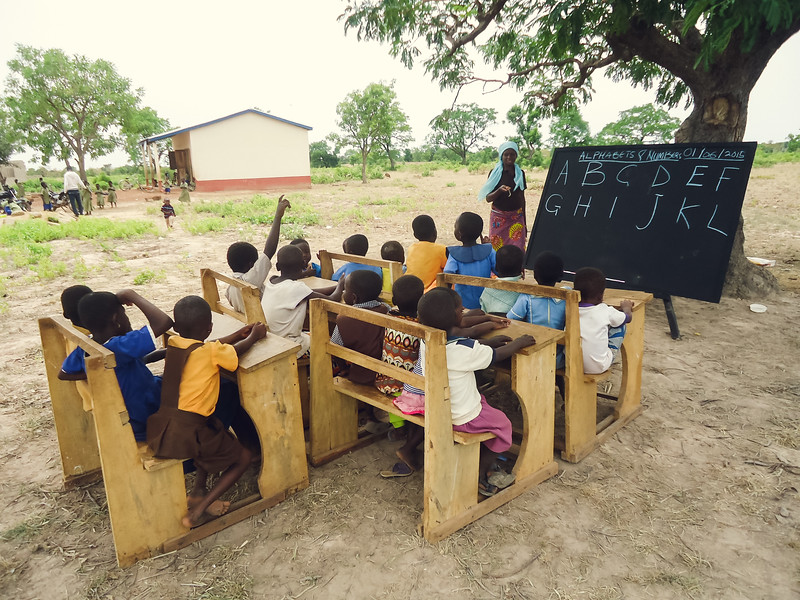 We've begun fundraising for this project, as we'll need about $10,000 to get it off the ground. I've begun looking at corporate giving and grants, but what I really need is about 400 people to donate $25. So that's why I'm talking about this project with anyone who will listen. Because I think the key to this project is large numbers of small donations and people who care enough to give a voice to those who have yet to find theirs.

Everyone's story is worth telling. Help me tell theirs.